On the day: 2 Hearts to Beat Run for a Cause

On the day: 2 Hearts to Beat Run for a Cause 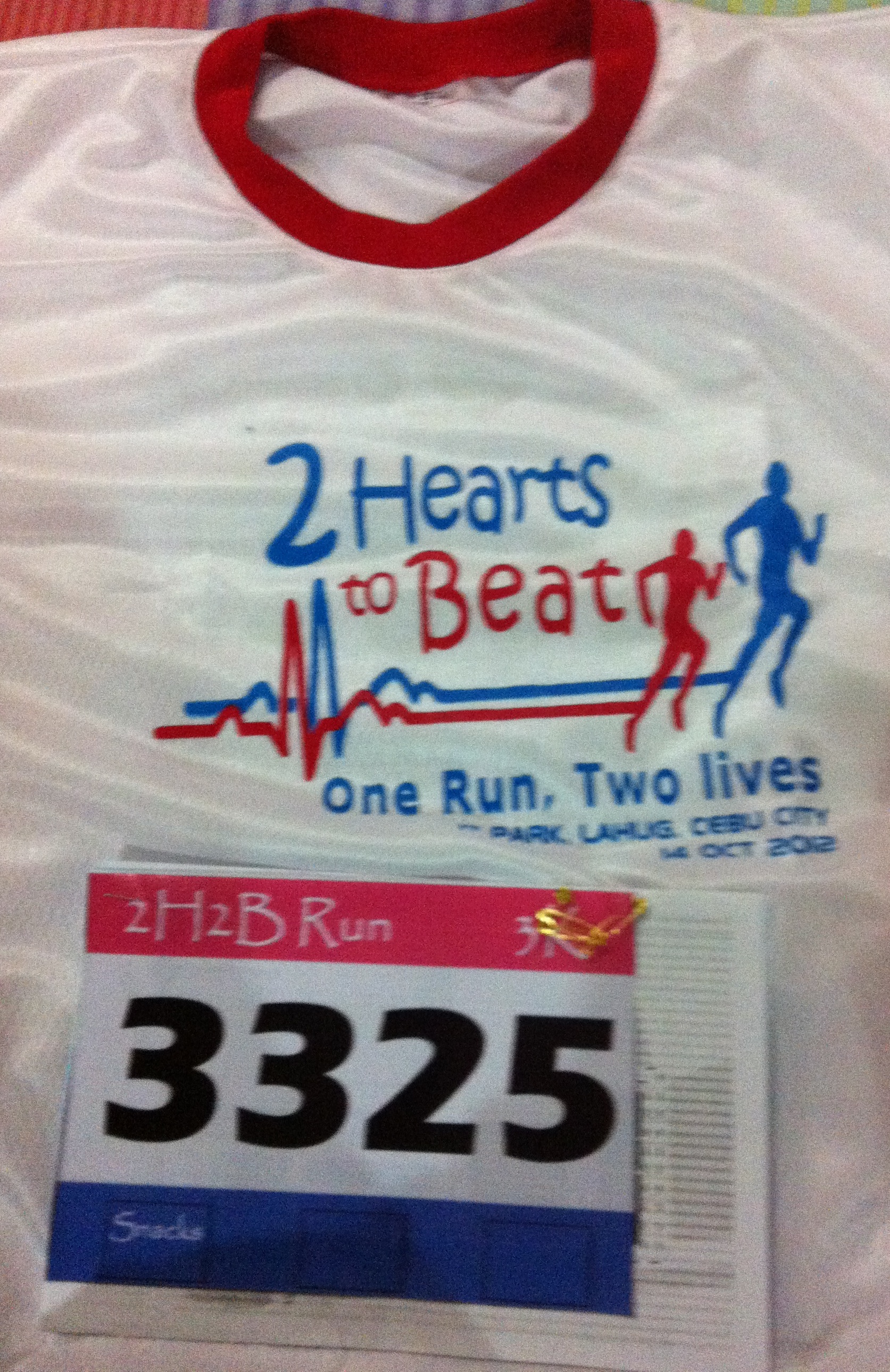 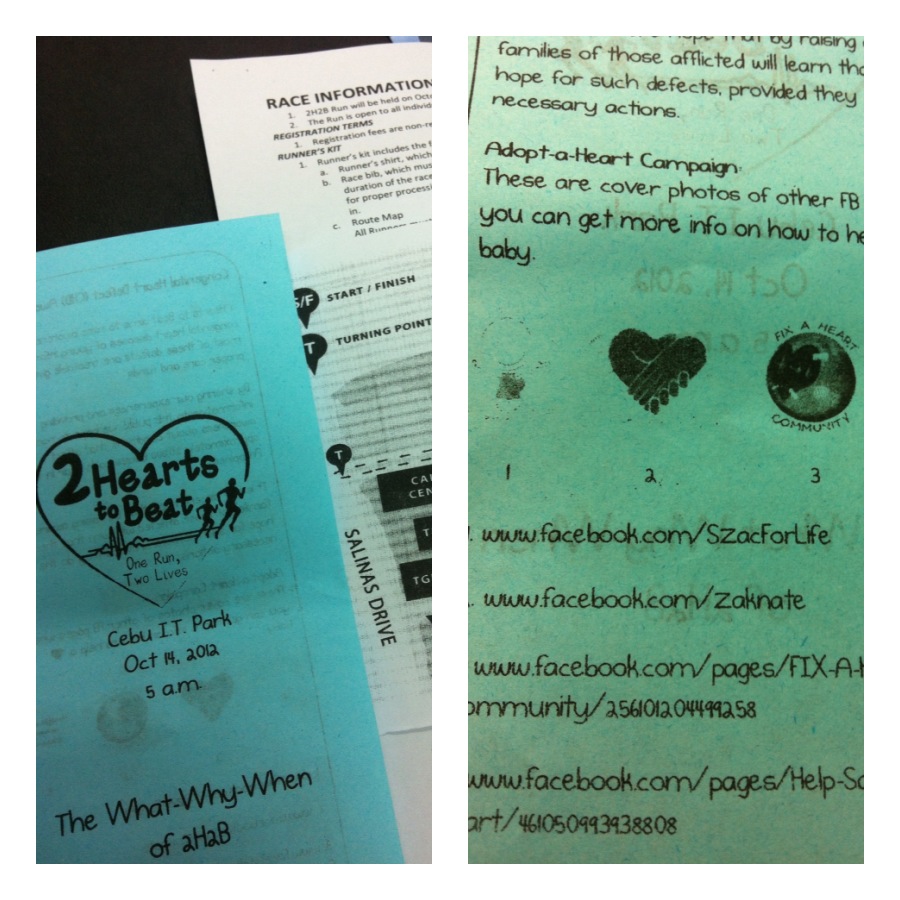 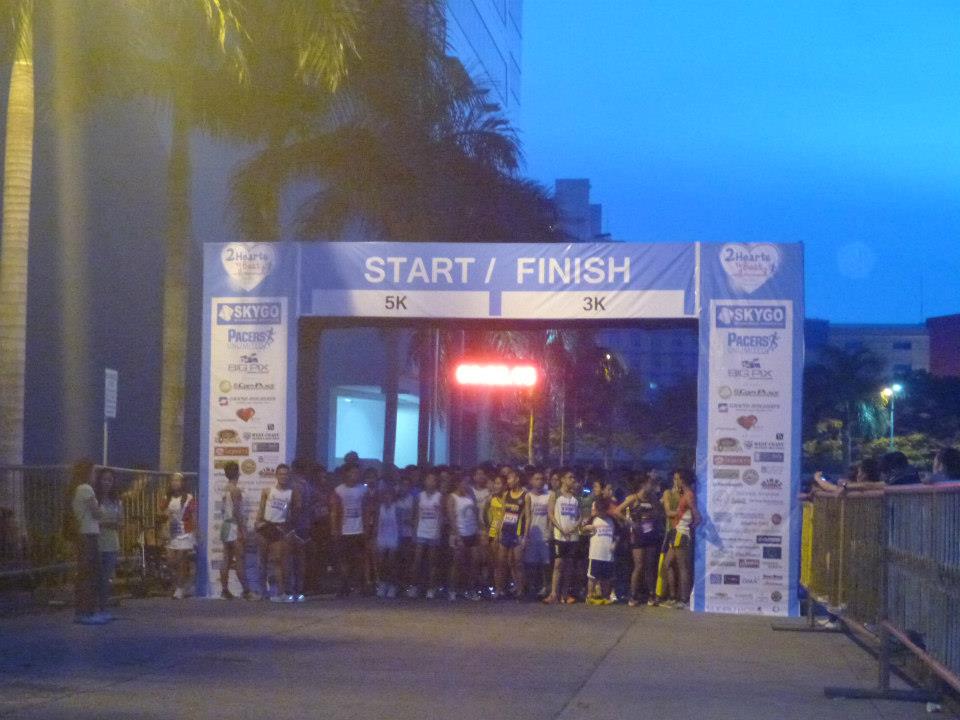 Yesterday was the day of the most awaited and exciting 2 Hearts to Beat Run for a Cause. IT Park was so alive with so many runners assembled at the area. This was participated by an estimate of 700 runners all over Cebu. WOW!! It has gained fame through blogs, fan pages, email blasts, and words from friends and acquaintances who truly care. I am glad that our company's Runner Club was responsive of the invite too. A friend of mine even registered evenif she does not run just because she supports the Cause. Such great souls!

For only a small fee, each runner gets the 2H2B shirt, a unique race number/bib, a pamphlet of information regarding Congenital Heart Defect for awareness, the map of the km run you registered, and some race information such as assembly time and the prizes that await. It was very well prepared. Kudos to the committee members!

1. Alex R. Escala - Race Director
2. Francis Robles - Asst. Race Director
3. Andrew Garbanzos - Logistics
4. Khonie Uy - Community Relations
5. Analyn B. Bendijo - Secretariat
6. Joann Pearl Pacaña - Ways & Means
7. Madonna B. Niza - Registration & Awards
8. Nadia P. Coraza - Registration & Awards
9. Hannah Almira Amora - Ways & Means
10. Anthony Regis - Sugbu Triathlon Secretariat
11. Michael D. Pacaña - Race Technical
12. Limhar Baunsit - Media Support
13. Kristoffer Dominic Amora - Race Technical
14. Ben Baladya - Race Hydration Manager
15. Joel Juarez - Consulting Race Organizer
Not all shirts arrived on time, though. Nevertheless, the runners were so well-spirited that it did not discourage them. They showed the same enthusiasm as if they were wearing one. This was probably because they were running for a cause they strongly believe in. Thank you all! Thank you to Hannah who included Get Better Nate in the pamphlet. It truly warms my heart.
When I asked Kristoffer Dominic, Maven's dad, for some words to all who participated and gave their time, this is what he has to say,

To the runners: If for humanity that one step to the moon was such a great achievement, know that each step you took signified hope for the parents of these kids. Hope meant the world to them. Indeed, you have helped Baby Maven and Baby Gabrielle's hearts.

Congratulations to all who finished the race! :)

See more pictures of the run here.
To learn more of how to help, go to: MavensHeartFund, and HeartOfGabrielle pages.
Events