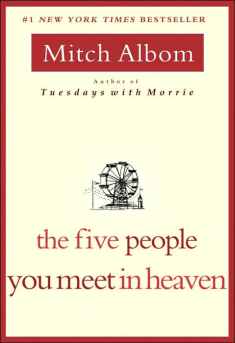 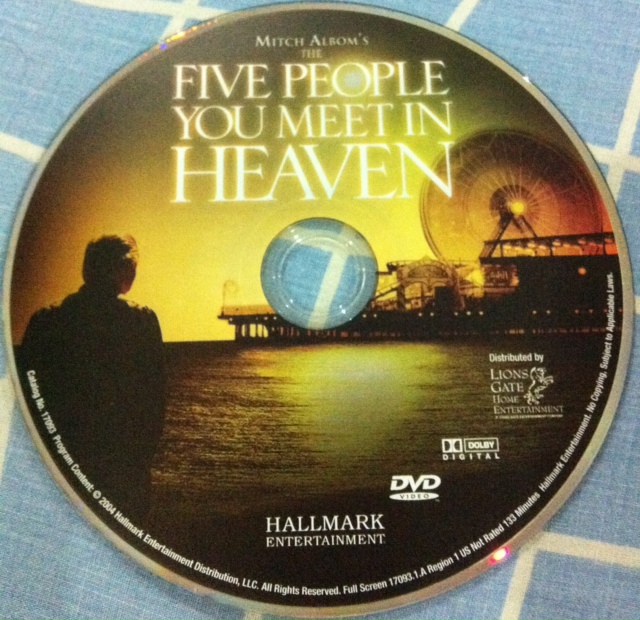 I have first known of Mitch Albom through his book, Tuesdays with Morrie. I loved it because of the lessons it imparted to me. This new book, The Five People you meet in Heaven, that I got a hold of comes highly recommended by a book lover such as mysef. It is written by the same author. I am not particularly a fan of death and its stories but I am a lover of wisdom. Indeed, this book has a lot of wisdom.

The Five People you meet in Heaven is a story of Eddie, the amusement park's maintenance man. Eddie died because of a freak accident at Ruby Pier. He was trying to save a child from getting crushed by a fallen car of Freddy Free Fall ride. He was crushed instead. The last thing he remembered was that he held the hands of a child. You may ask, who is Eddie and why is he special? I asked that too. No, Eddie was not Scrooge. Eddie was not rich nor an engineer. He was as ordinary as it can get. I think the author did it deliberately so that we can easily relate with him. Eddie's character was just like any of us. He was generally good. He had some resentments over his circumstances. He had doubts. He was left behind. He valued his job.

When Eddie died, he was met by five people who I would like to think were there because they were preparing Eddie for his heaven. I would liken it to a new employee orientation. LOL As the Blue Man said "In the end, what you did not understand in life, you will". As such, he learned five lessons by the five people he met. He was able to appreciate the value of his life. As the Blue Man said, "No life has gone to waste".

From the Blue Man, he learned that life is interconnected. To you, they may just be strangers but you have no idea how your life is so connected to theirs. There are no random acts. Even when you view them in an unfortunate way, good always come from it.

From his WWII captain, he learned the value of sacrifice. "Sacrifice is a glorious thing. We should be proud of it." Eddie, as a young soldier, did not value the sacrifice offered. He was resenting on his loss of agility on the knee. He was resenting it until his old age.

From Ruby, he learned to let go of his ill feelings towards his father. He forgave him  because he understood why his father died.

From Marguerite, he learned the value of love. Life ends but love doesn't. "... it just takes a different form", as Marguerite said. They both loved so dearly even after death parted them.

From Tala, he learned the value of his job. He finally understood that his mission was to keep Ruby Pier's rides safe and keep it as a source of joy for generations of families. He also learned forgiveness. This was symbolized by him washing Tala from her burns. The burns were erased without trace. That's how forgiveness should be... a fresh start. Do you remember the hands he held during his death? It was Tala's. Tala kept her safe. And yes, Eddie saved that little girl sitting below the Freddy Free Fall ride at Ruby Pier.

Eddie died happy. He was welcomed into his own heaven.

The story, generally, taught me to not wait until you die to understand your life's purpose. Learn from Eddie. We should not waste our lives over resentments and what-nots. It is our decision to find happiness and contentment. Let's not waste time over things we do not control. Feel sad, yes, but bounce back and know that love never ends. It only takes a different form. Anger only poisons the soul. So, forgive. Have a fresh start. Lastly, whatever careers or jobs we choose, we make sure to do it so well like Eddie did. I believe that when life ends, we will be in our heaven too.