jimmy sieczka, 20 reasons why i hate the philippines, rise above foundation 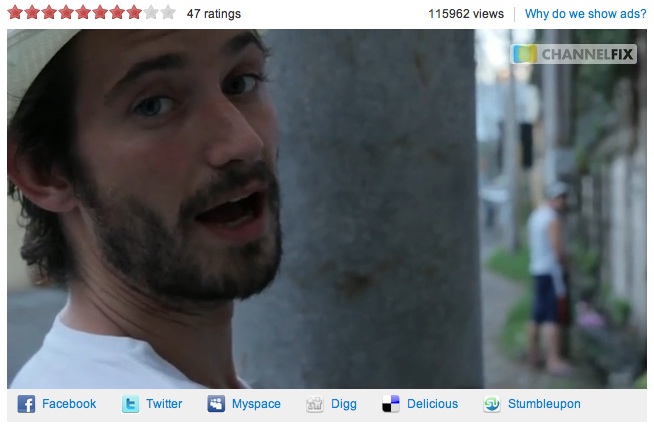 A  video created by Jimmy Sieczka had gone viral over the internet through Facebook and Twitter. It tells of his 20 Things Why I Hate the Philippines. It caught my attention because his video was based in the city I love the most, Cebu!

The infamous video received a lot of retaliation from the Filipino people both here and abroad. Most were hate ones back. He probably, in his wildest dreams, had not thought that his video will catch this much attention because days after it hit the news, he sent a public apology. For me, he just lost his dignity there. I mean.. that's so lame! Why apologize for something you meant?

My opinion is that his video is good because it was truthful. However, his last few sentences gave aways his intention. A better ending would be to appeal to the people in Power to work on these things. After all, there must be something he loves in the Philippines if he had been staying here for 3 and 1/2 years, right?

The scenes he sees are because of poverty. The Philippines, afterall, is a 3rd world country. Heck, even 1st world countries have ghettos and bronx. My point is, Cebu is a work-in-progress. What's true now will no longer be in the future. I am optmistic that it will be better.

I know several foreigners too who have come to Cebu to explore our beautiful sites. While exploring, they also saw poverty. You know what they did instead of just whine? They created a foundation called Rise Above Foundation. They focused their effort more on the children as the future. They groomed 'em! Their vision is to give people a chance to lead better lives through education and training. Now, these are people who make a difference. These are people I salute!

What did Jimmy do during his 3.5 years stay in Cebu? Nothing. Mr. Jimmy is just a whiner. You whined about dirt, why don't you just broom 'em, ey?