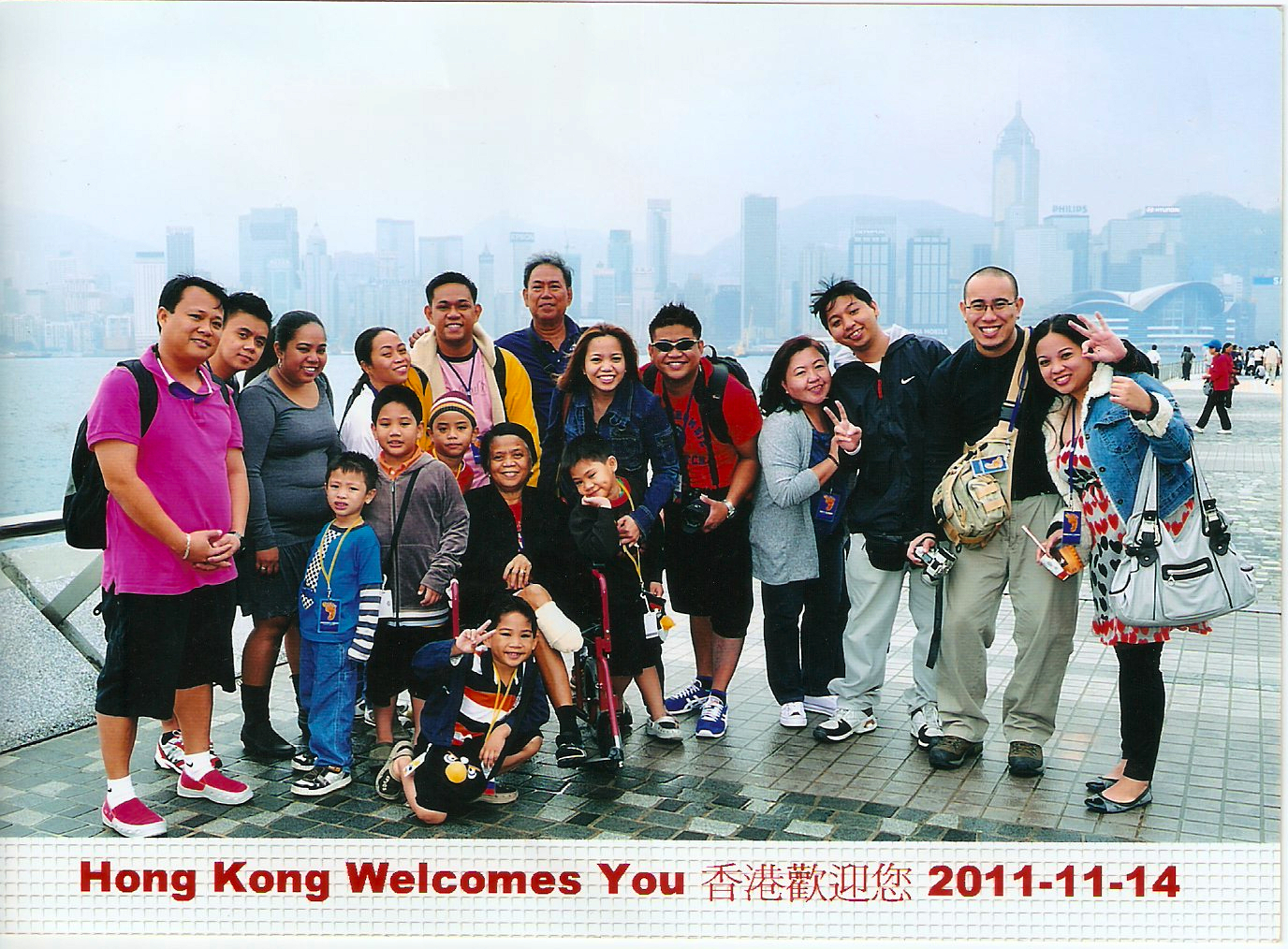 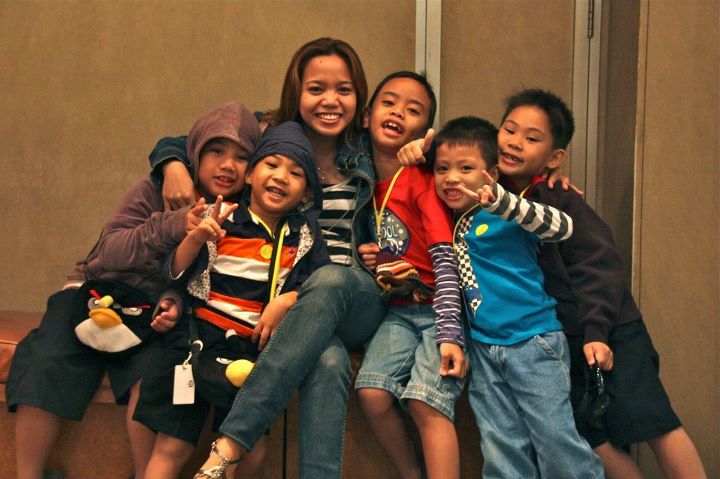 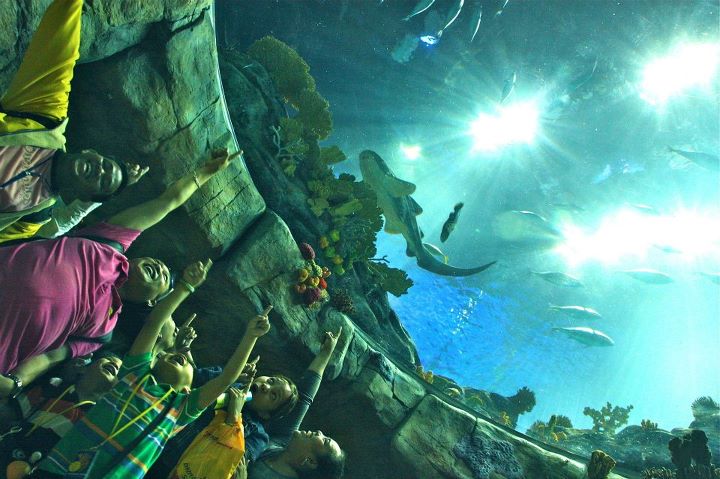 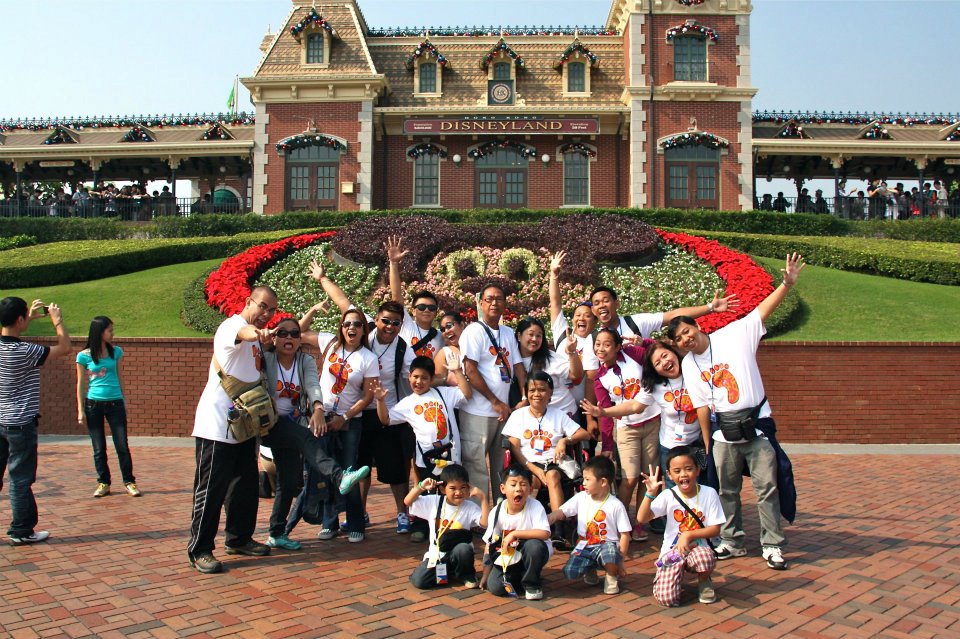 Finally! I get to blog about my recent travel. It was not just any trip. It was a trip with the whole Alvarado-Alumbro clan. And yes, we are a HUGE family. Imagine how difficult the planning that was!?! It was the first time the whole family went out for a vacation... and abroad at that!

I remember it was 3am when a Cebu-based airline opened its line for its zero fare promo. For anyone of you who had tried booking online on this airline (especially at its peak days such as this), you know how difficult that was. There wasn't much time to think and weight your options. It was then or never. So everyone called everyone and booked the flights immediately. The travel was 6 months in the making as it was booked on June last year and travel date was November. For the convenience of my mother-in-law who's on a wheel chair, we have booked a travel agency to help us with the accommodation, transportation, and the itinerary. I recommend that you do the same too. It will save you a lot of stress. In the spirit of camaraderie, we have also customized a printed shirt for all. I have attached here the design. It's a footprint with "Suroy-suroy sa HK" printed on the sole and each toe with activity stamped on them -- Disneyland, shopping, train ride, bus ride, and plane ride. I was excited for most, especially my own (the Alumbro), because it was their first time to travel outside the Philippines and to some as the first time they have ever traveled on a plane (!!). For me, it was a promise coming true. Despite the several challenges in raising the needed finances on time, everyone made it!

When we arrived at the airport, all their faces lit up! The airport was huge! They were amazed with the long walk from the arrival gate to our bag carousel. I knew right then that fun was guaranteed! I could not wait to go through the itinerary.

Day 1 was city tour and trip to Ocean Park. Randy was the most fun tour guide I have ever met. Based on his punch lines, I can say he did his homework and researched about the Philippines. He made an effort to connect. I felt we were well taken cared of. With his Chinese-accent English, he gave a little background of HongKong and its people. He talked about the glory of HongKong and its recent downfall caused by SARS. With SARS now gone, HongKong is recovering and hopeful that tourism will boom again. One thing I've noticed during the tour was that the buildings were too close to each other and seemed too crowded. Randy confirmed that land is indeed scarce and, in fact, considered as a high commodity of the state. Because of that, most hotels have small room area. Panda Hotel, where we were accommodated, is one of the better hotels in HongKong. The buildings and residential condominiums were growing taller and not wider. We stopped by a lake, the Kowloon waterfront where the famous Bruce Lee life-size structure stands, the JC Jewelry shop owned by the famous Jacky Chan and where you can buy good quality watches and pieces of jewelry, a souvenir shop, and a stop close to Victoria Peak before arriving in Ocean Park.

Ocean Park was massive! My favorite stop was the Great Aquarium. I could imagine how it would feel to be swimming in the deep with these huge creatures. Scary! No wonder I prefer the pool than the sea. LOL

There was one really scary event though that happened when the park was about to close. We were standing near the exit. As surge of people came towards us, a tall dumb-looking Chinese guy grabbed the arm of one of my nephews and strongly pulled him towards him and to the exit. Good thing his dad was holding the son by the other arm too. For a moment there, they were playing tug of war. The stranger finally released his grip. We remembered Randy's warning to always keep watch of the children. You think Philippines is crazy? Anywhere is crazy too! Once lost in HongKong, it's very difficult to find as Randy warned. It was a relief that nothing ugly happened. That bump did not ruin the day.

That night, the yuppies braved Mongkok on their own to try the night market and HongKong's street food. I highly recommend that you buy your pasalubong, key chains, and anything kutiting there. The price is way cheaper than the cheapest souvenir shop you can find. Plus, you can tawad pa!

Day 2 was whole day fun at Disneyland. We were wearing our common shirt. The shirt saved us a lot of time for the attendants to identify us as one group. It even served as pass for my sister and aunt who came in late to the Golden Mickey Show. OMG! There was no word that could explain how I felt while watching the show. Golden Mickey show brought me to tears. I miss my baby Nate. He would have loved the lights and colors in the show. I felt like a kid again. Because I am not a fan of rides, I spent the rest of the day catching up shows whether it be on the streets or in an auditorium. Shows shows shows! Fun fun fun! ^_^  The day ended with a spectacular fireworks display by the castle. Sigh.. dreams do come true in Disneyland!

Day 3 agenda were cultural immersion and shopping. We walked on the streets of Tse Wan, rode the bus, went down the subway, and rode the train. They got to experience the convenience of the Octopus card. We walked and walked until everyone's feet were sore. The children were all complaining. They took turns in riding with their lola on her chair. We appreciated the jeepney and the several unhonored jeepney stops back home. I'm not sure if that's a good thing though but we love it. LOL

HongKong streets were tourist friendly. There were signs everywhere. We were never lost. HongKong establishments were disable-friendly too. There were ramps and elevators in establishments that were on higher stories. It was never difficult to transport my mother-in-law. Shopping was my favorite. For instance, Giordano clothing prices were half the price as compared to those sold in Cebu. You never get second thoughts in buying. My favorite store was Sasa. If you forget to buy a beauty product or perfume, you never have to worry because you are sure to find another Sasa store on the next corner. Sasa is everywhere! My sister and I were the only ones going gaga over the stores. The rest just followed us around. LOL

By the time evening arrived, we were too tired to even think of going anywhere else other than the airport. We were all looking forward to be at the comfort of our homes and sleep. The trip was uber worth it. It was a different level of experience for me. I will definitely come back and experience more of HongKong in the future.

And ohhh… you've never been to HongKong if you do not have your picture on the plate as souvenir! Make sure to get one.        ^_^