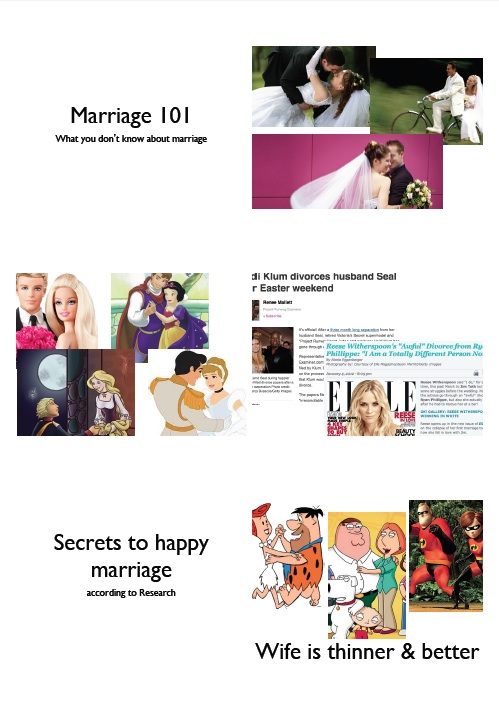 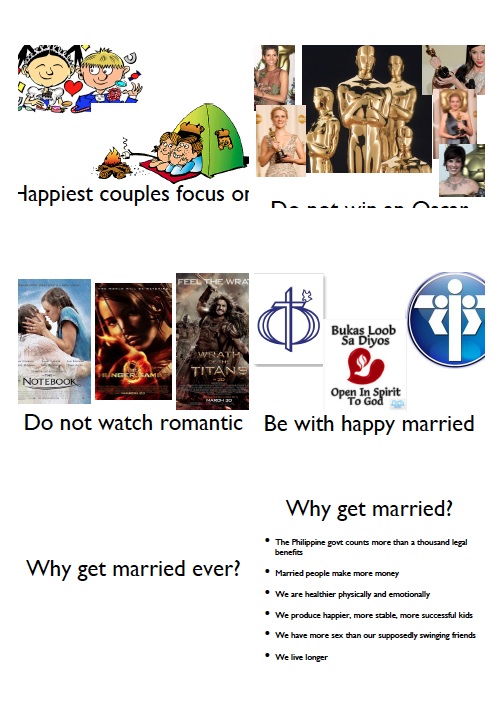 This speech was also been evaluated by District Governor Grace Paras. She referred to this as controversial and exotic. Well, I guess it is sort of exotic and unconventional. Here's the speech. Enjoy!

Marriage 101: What you don't know about marriage

Every little girl's dream, at least in my generation, has always been to find your prince and live happily every after. Don't you? And I blame that to Barbie who always has her Ken… and to Disney's SnowWhite, Cinderella, and Rapunzel who have been rescued from the evil queen by the love of her life, her prince. When I was growing up I thought the key is just to find the right prince for you and the rest is history… "and they live happily ever after". (looks up dreamily and say) "hay!…" (then change mood)

So now that I'm older, it puzzles me why there are so many separated couples, marriages that don't work, friends who have been living together but never wanted to tie the knot, single friends who just swing along from one partner to another and never settle down.

You know why there are so many requirements at the City Hall when you want to get married? So that you get to think about it more before you do. Marriage is tough. The wedding is just the beginning.

1) Wife is thinner and better looking than the husband

- women care about getting thin and better looking, whereas

- The beauty of this research is that, it does not tell that a woman needs to be thin to be happy. It just says that women just need to be thinner than our partners.

- So instead of those laborious dieting and exercising, we'll just have to wait for them to get fat… Maybe bake a few pies, cupcakes, leche flans.

How difficult can that be?

Lesson: Serve your husbands. Take time to learn your husband's favorite dish. A way to a man's heart is through his stomach.

2) Happiest couples are the ones that focus the positives.

- For example, instead of pointing out her husband's growing gut or suggesting for a run, say, "honey, thank you for getting out of your way to make me relatively thinner" OR "yeah, it was devastating that we lost all we have in that fire. It's kinda nice sleeping here under the stars. It's a good thing you have all that body fats to keep us warm."

So men, you might want to pick a broom and start with it!

Lesson: Husbands, be partners even in household chores.

4) How to safeguard marriage? Do not win an Oscar for best actress.

Halley Berry, Reese Witherspoon, Sandra Bullock, Hilary Swank, Kate Winslet.. All of them, single soon after bringing home the Oscars. They call it the Oscar curse. It is the marriage curse of death and should be avoided.

Yeah.. it's a joke but it's also true. Ultimately it means that, do not be a drama queen. Do not over react on everything. Don't stress the petty things.

5) Merely watching romantic movie together causes relationship to plummet. Apparently the bitter situation is that it makes our life unbearable grim.

6) Divorce, separation is contagious. Increases your chance by 75%.

To protect your marriage, surround yourself with happy veteran married couples. Be in a community of couples - Couples for Christ, BCBP, Bukas Loob ng Diyos.

You may ask… why get married ever?

1. The Philippines government counts more than a thousand legal benefits of being married.

3. We are healthier physically and emotionally.

5. We have more sex than our supposedly singing friends.

6. Believe it or not, we actually live longer! … which is a pretty compelling argument for marrying someone we like a lot in the first place.

Yes, I've been obnoxious in stating a point. Bottomline is that whether you are in it or searching for it, I believe that marriage institution is worth pursuing and protecting. So I hope you see the info given today to weigh your personal strain against your risk factor.

So.. as I get into culinary and bake my husband's favorite pastries

… as I focus on the positives,

.. as I encourage my husband to take on household chores,

.. make sure to watch Hunger Games, Wrath of the Titans, instead of the romantic movie, The Notebook.

… and as I surround ourselves with happily married couples,

I will always pray of you.. AND hope that you find a partner as good as and who loves you more than anything as much as my husband loves me. (pause) I hope that you share your happy story with me too.

<The pictures posted in this blog is the presentation I showed during my speech. I do not own the photos. I got most of the speech ideas from Jenna McCarthy. I tailored-fit it to something digestible by the Filipino culture.>