What party theme idea that is not costly and is fun? Super heroes with ideas for reward names too

What party theme idea that is not costly and is fun? Super heroes with ideas for reward names too

Despite our company's year-end party being canceled in lieu of the Yolanda tragedy that struck Visayas, our Area still decided to celebrate the year 2013 with a simple area-wide gathering. We wanted something creative with little expense. Being part of the committee, we decided to throw a kiddie partie with theme #throwbackThursday Super Heroes. #throwbackThursday because the party was set on a Thursday. #throwback because we will only be featuring the classic super heroes that we grew up with during the late 1990s. We so miss them! We grew up looking at them as our idols. It was very cool indeed! :D

We encouraged everyone to dress up as their super hero idol. For my team, we chose 4 of our boys to dress up as Teeanage Mutant Ninja Turtles. The women chose to dress up as Wonder Woman. We did our costumes ourselves. Check out our pictures. 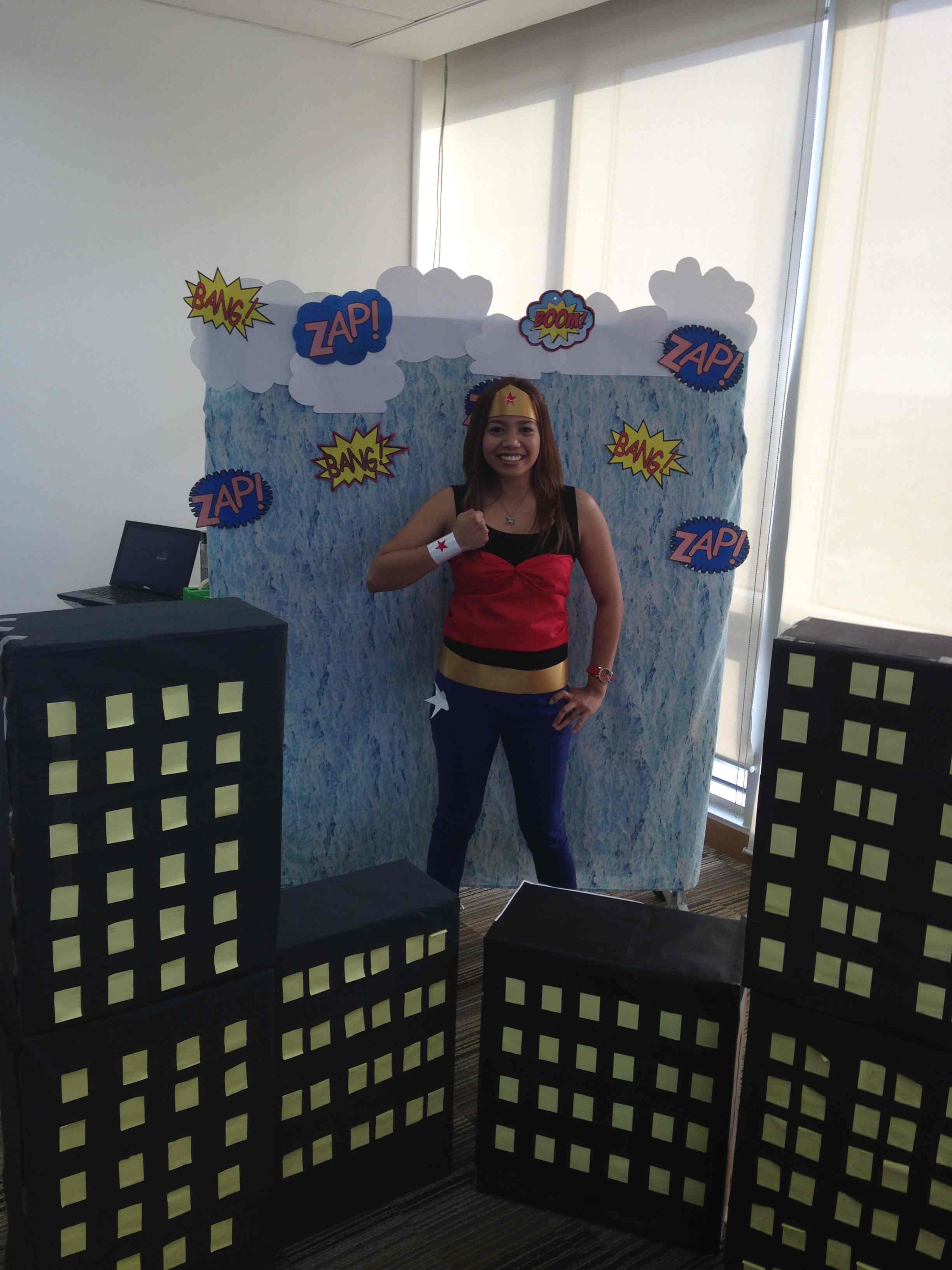 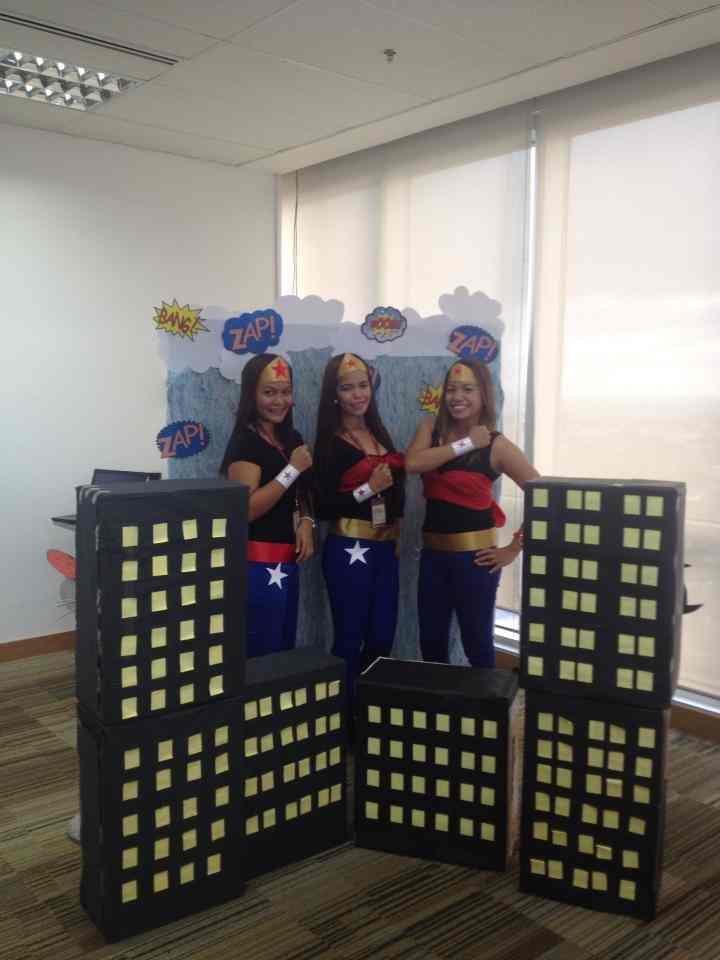 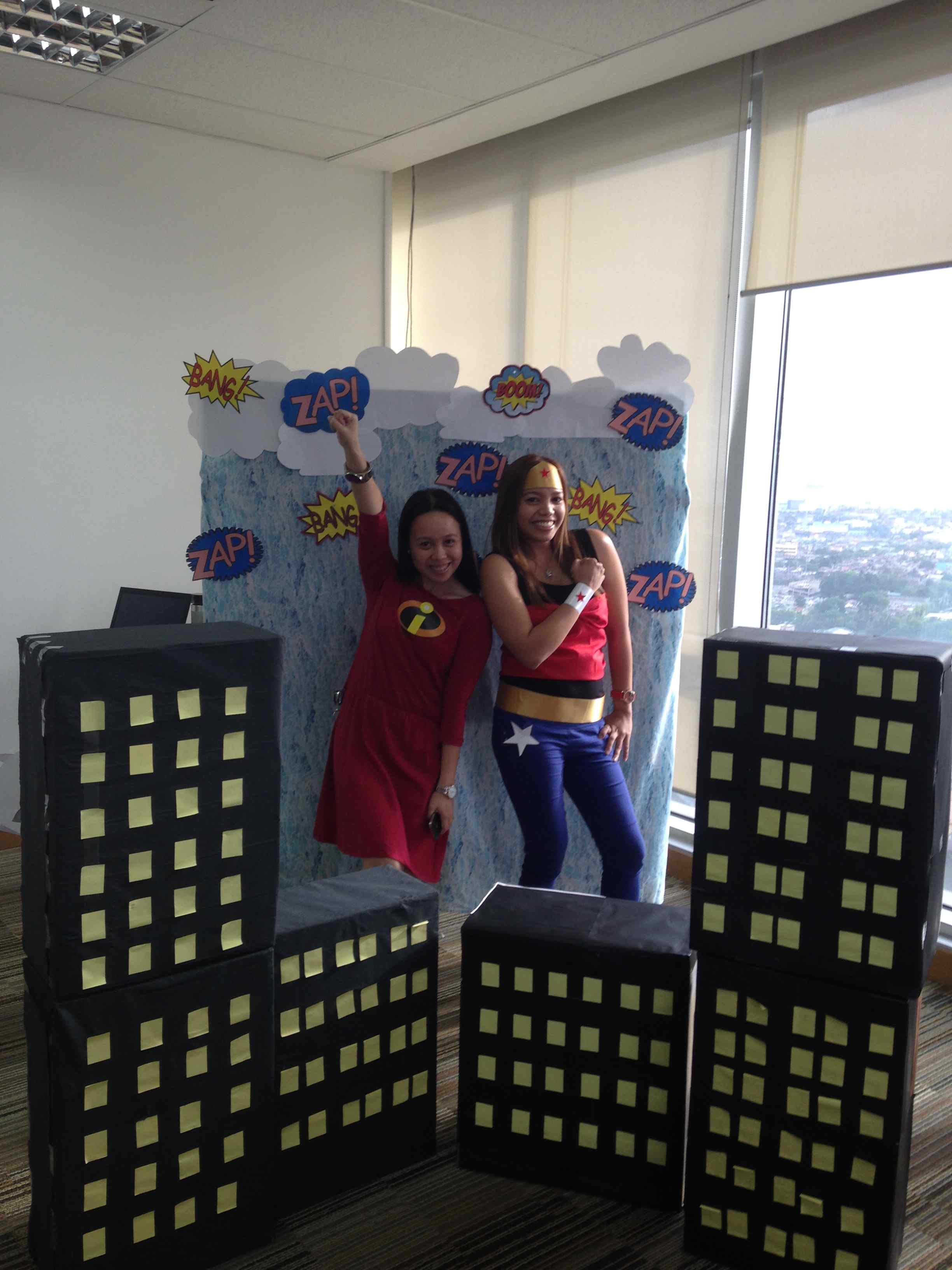 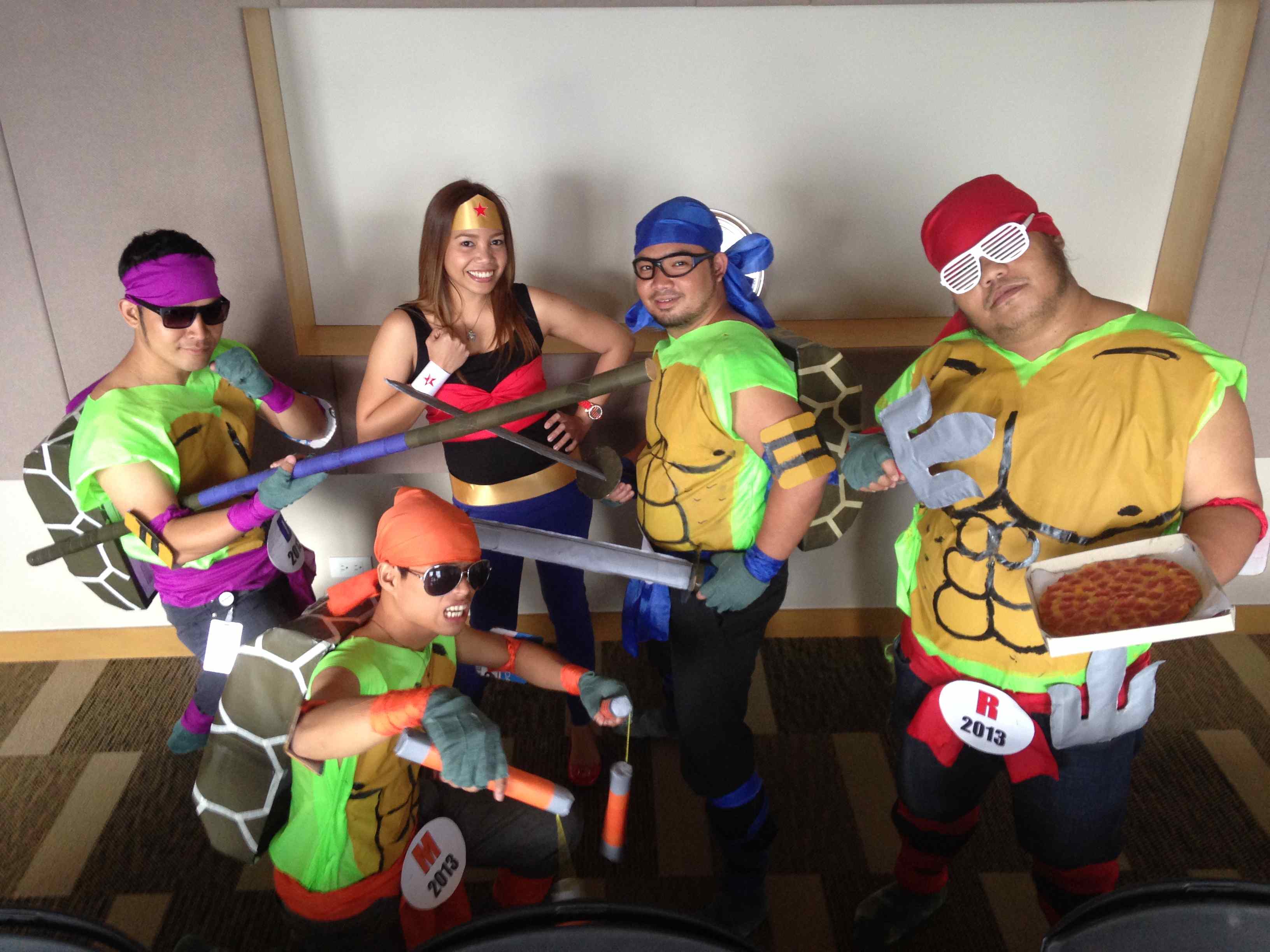 To top it all up, we have awarded our very own superheroes with gift certificates that we bought from Starbucks. It was indeed fun fun fun!! ^_^ Whoever said fun needs to be expensive?! * wink wink *

Superhero Awards:
Ironman (Someone who always gets complicated issues, situations 'ironed' out with style)
Batman (The silent worker -- prefers to stay in his/her 'bat cave' to do his/her work)
Spiderman (Web-full of connections! Unlike Batman, this extrovert is known for working with other teams even beyond our area)
Flash (Super duper quick in performing tasks (i.e speedy bug resolution, test execution, support)
Superboy (This generation's 'crush ng bayan')
Supergirl (This generation's most promising girl)
Iceman (He's just waaaay too cool!)
She-Ra (Fun, fearless, Female)
Ghostbuster (When there's something strange in the neighborhood... "GO TO" people)
Cyclops (the epitome of "Focus" at work):
Captain America (Someone who helps in the communication between US and Cebu)
Planeteers (Special award to the most active EHS,5S representative)
Professor X (Leader)
Wreck-it-Ralph (Always finds the high severity bugs)
Fix-it-Felix (Always fixes the high severity bugs. Counterpart of Wreck-it Ralph)
Wonder Twins (Bestfriends)
Events
Looking Great