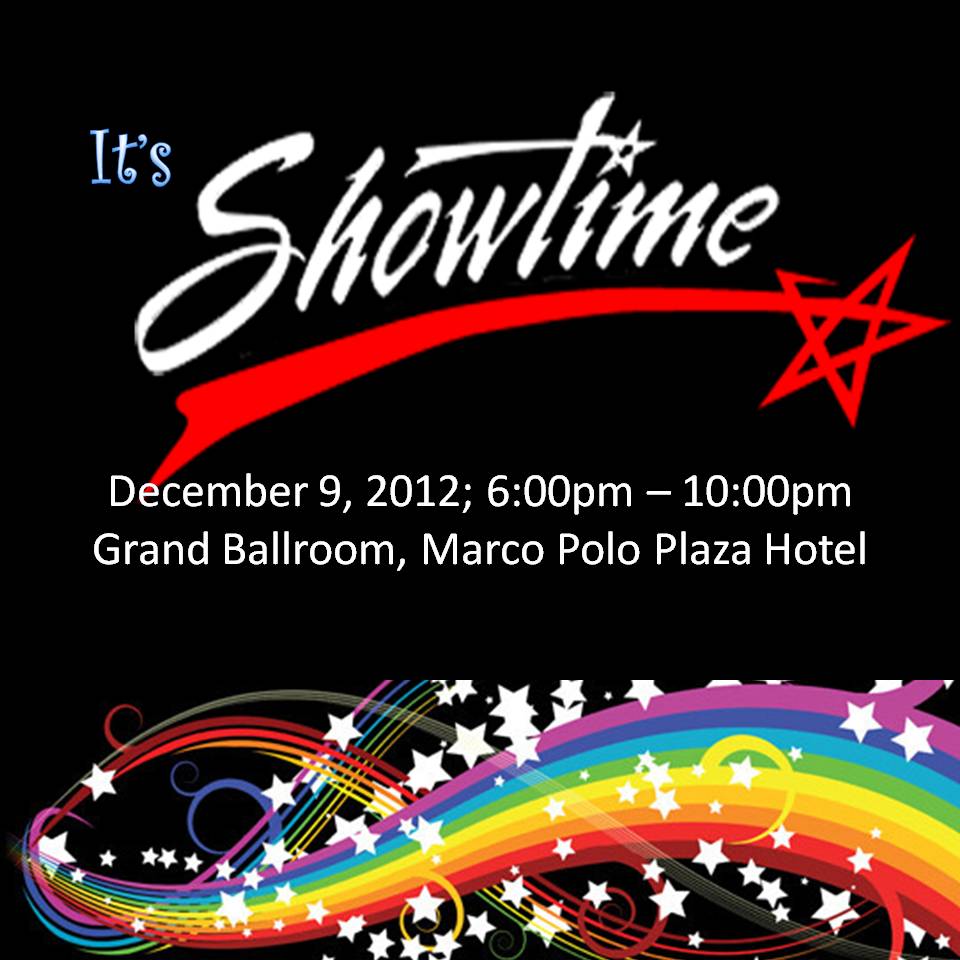 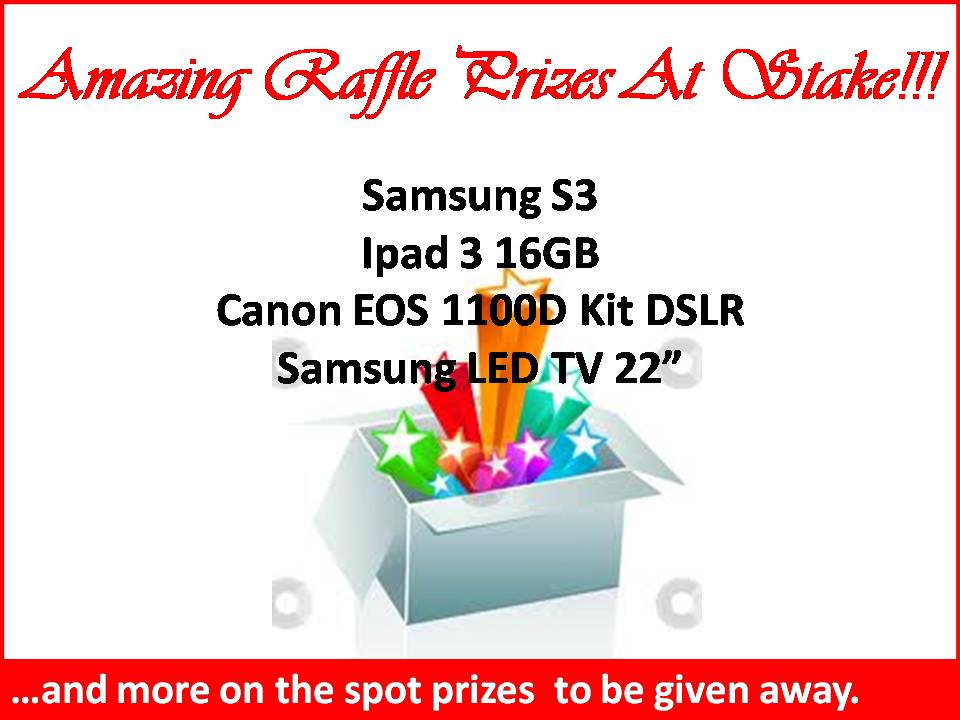 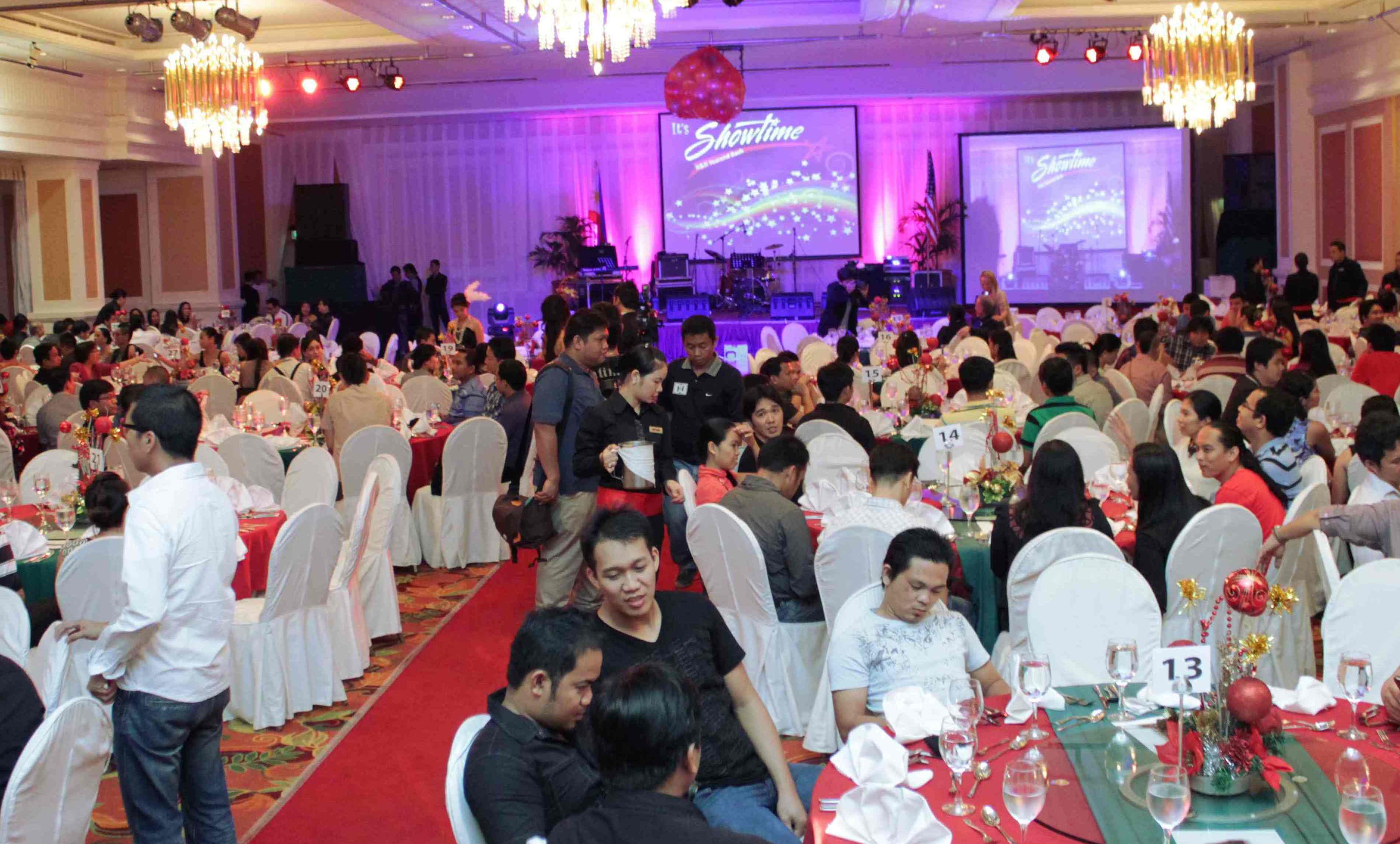 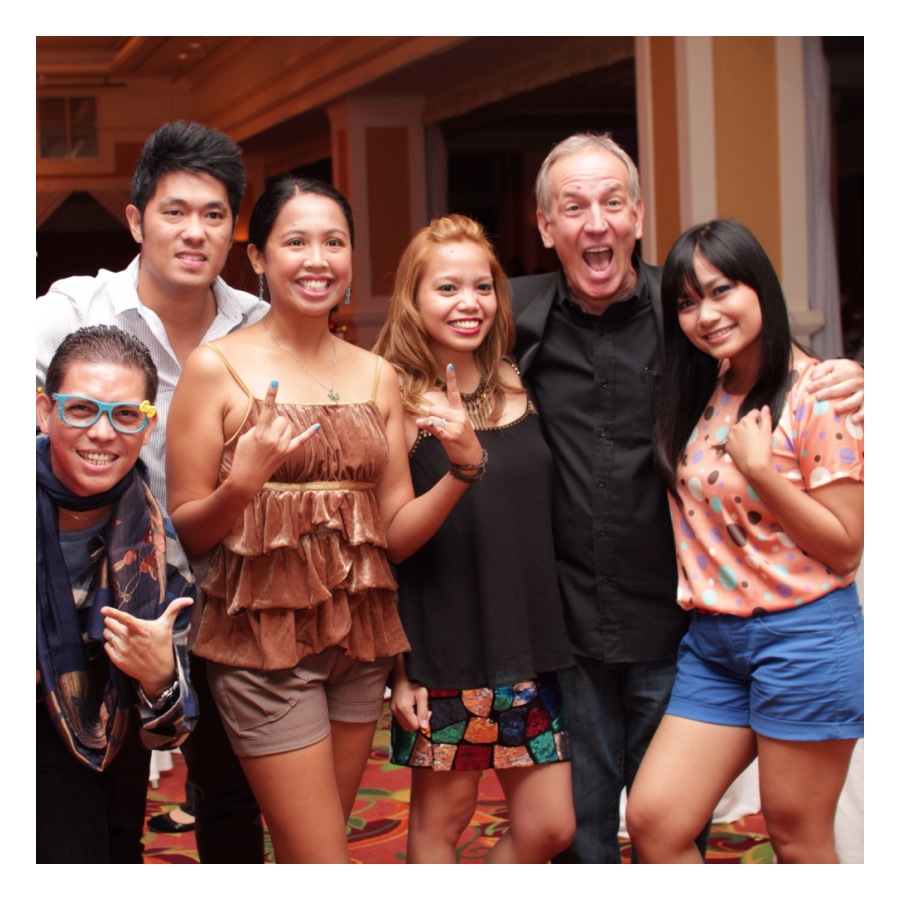 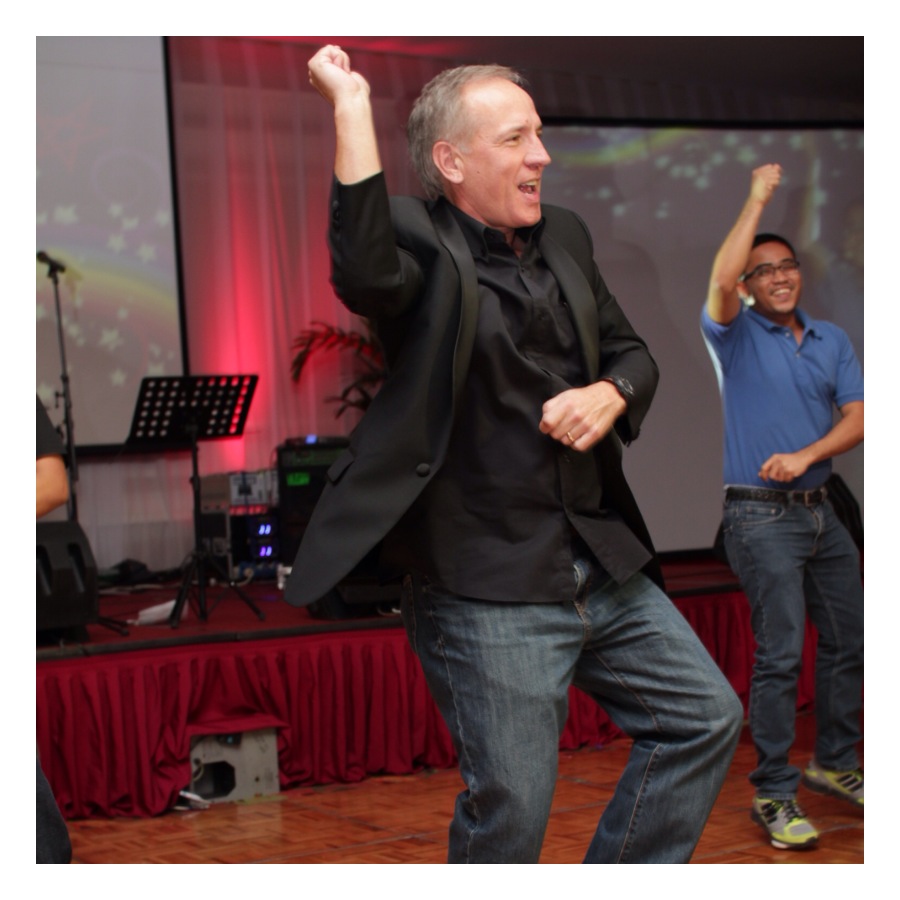 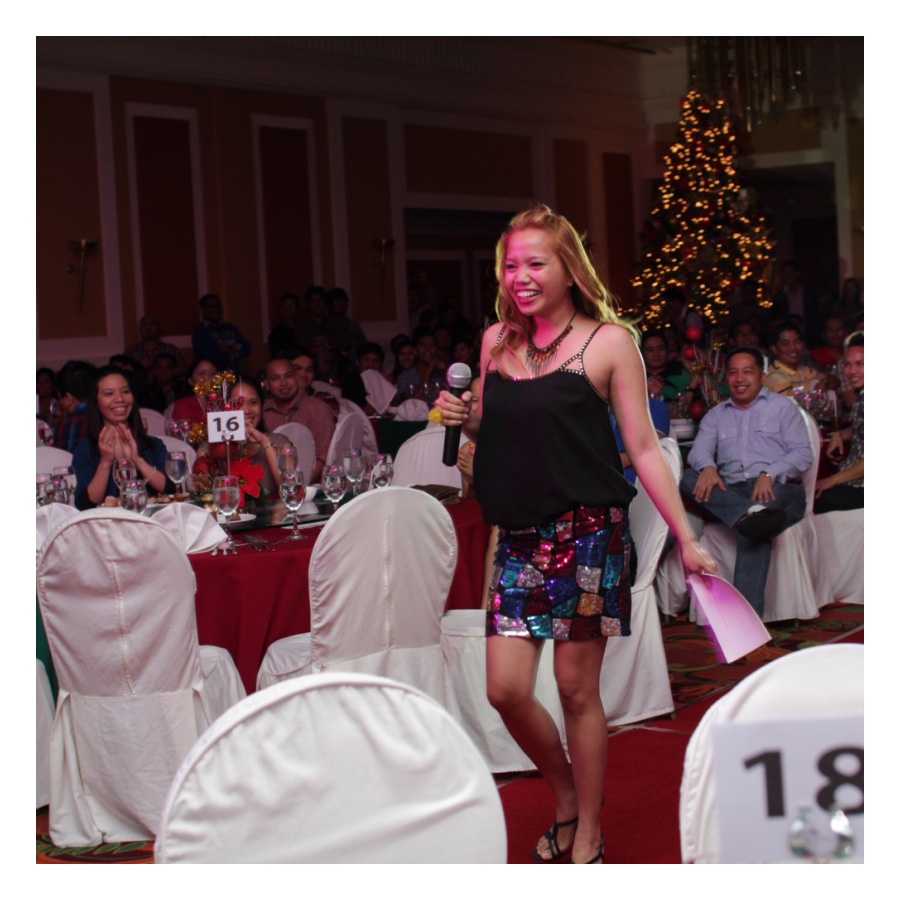 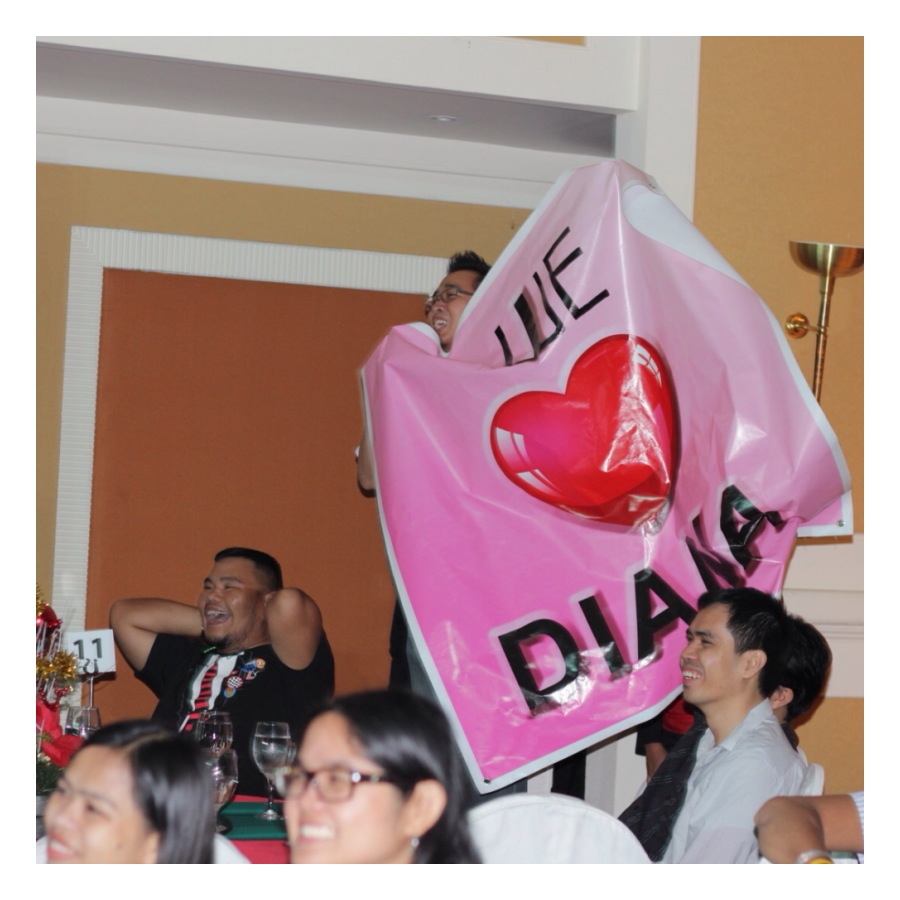 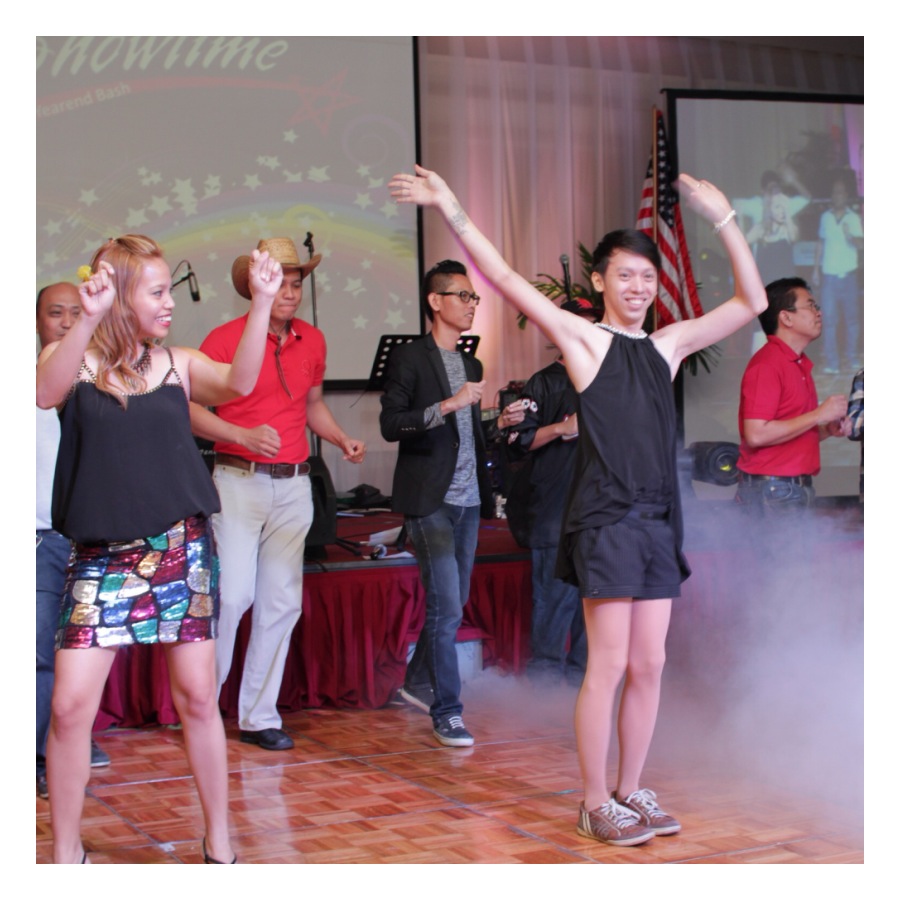 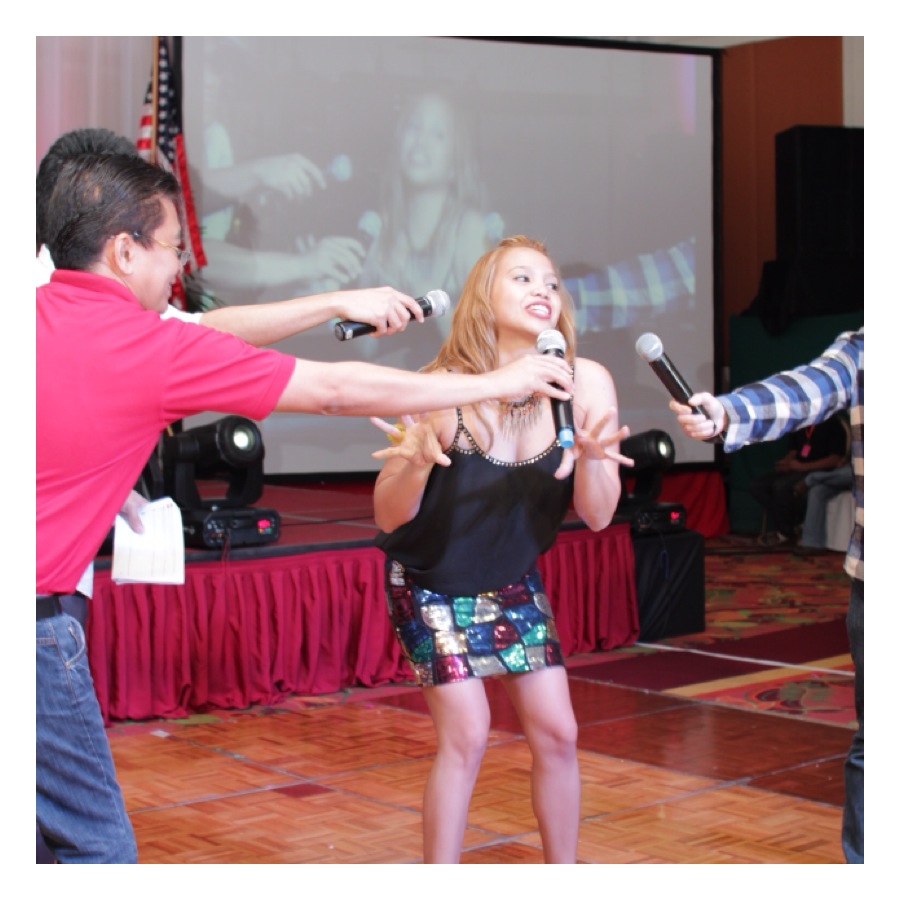 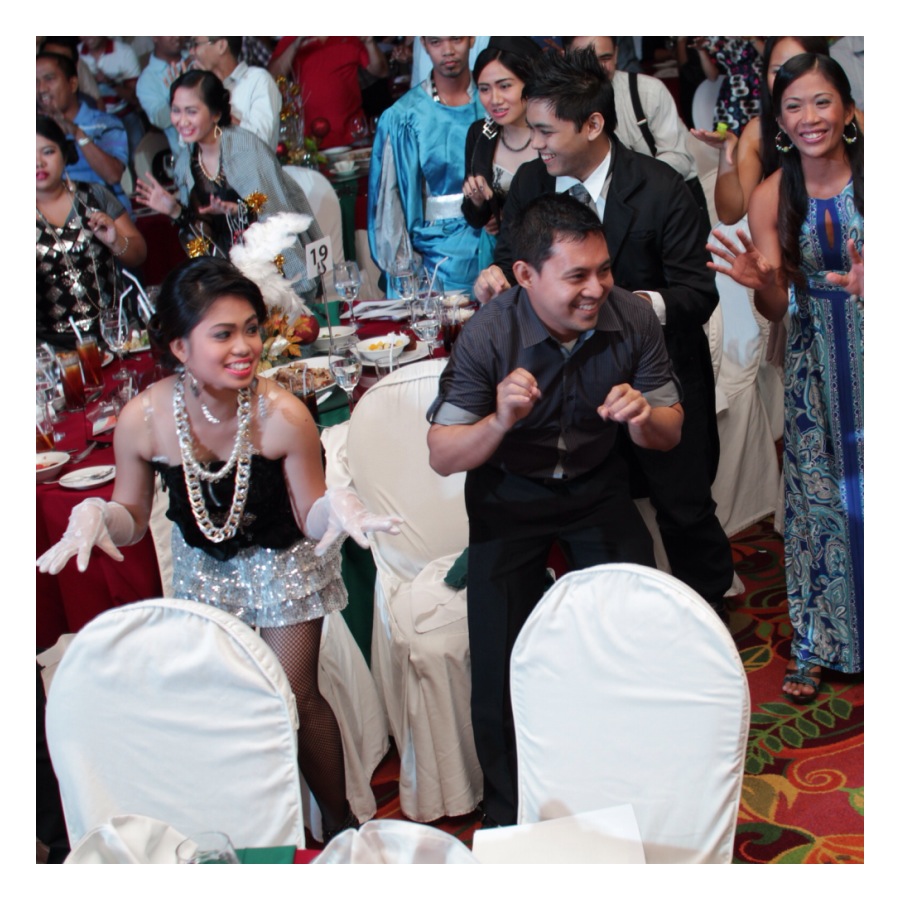 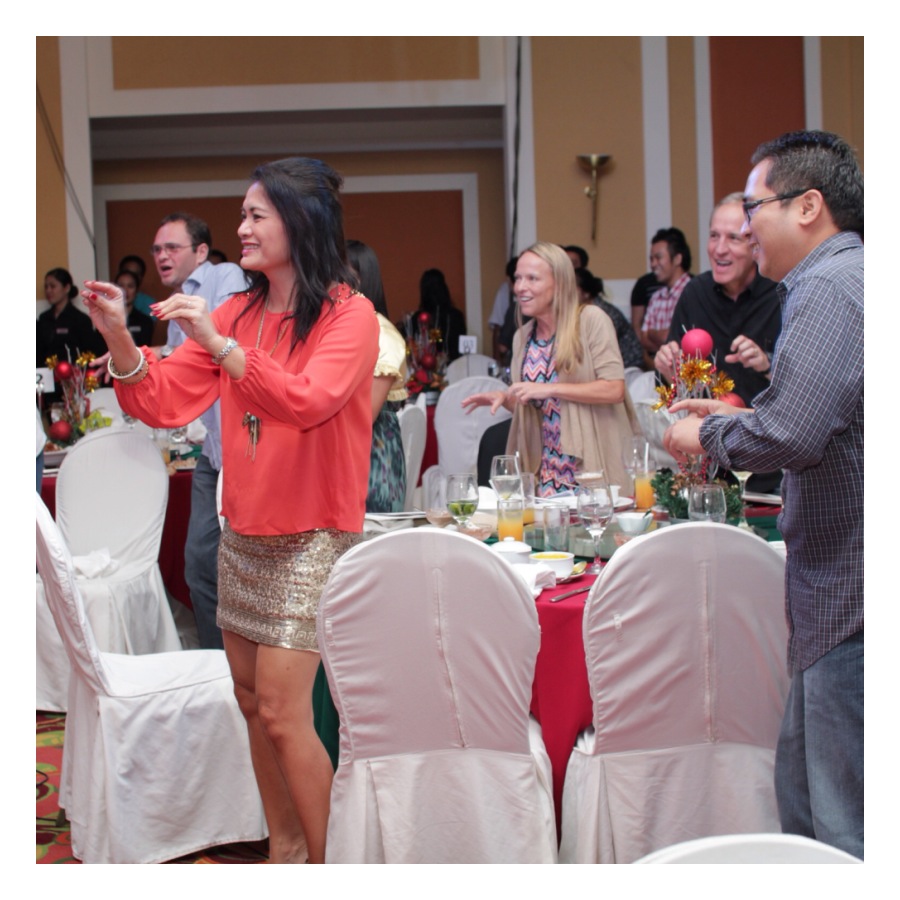 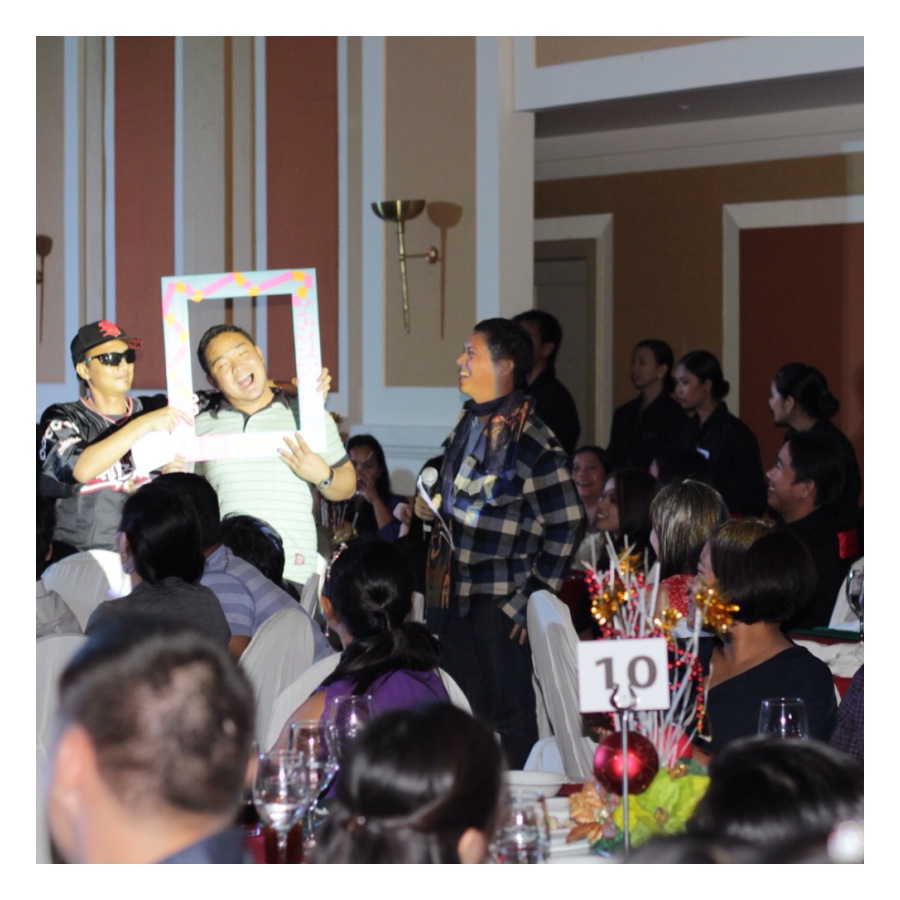 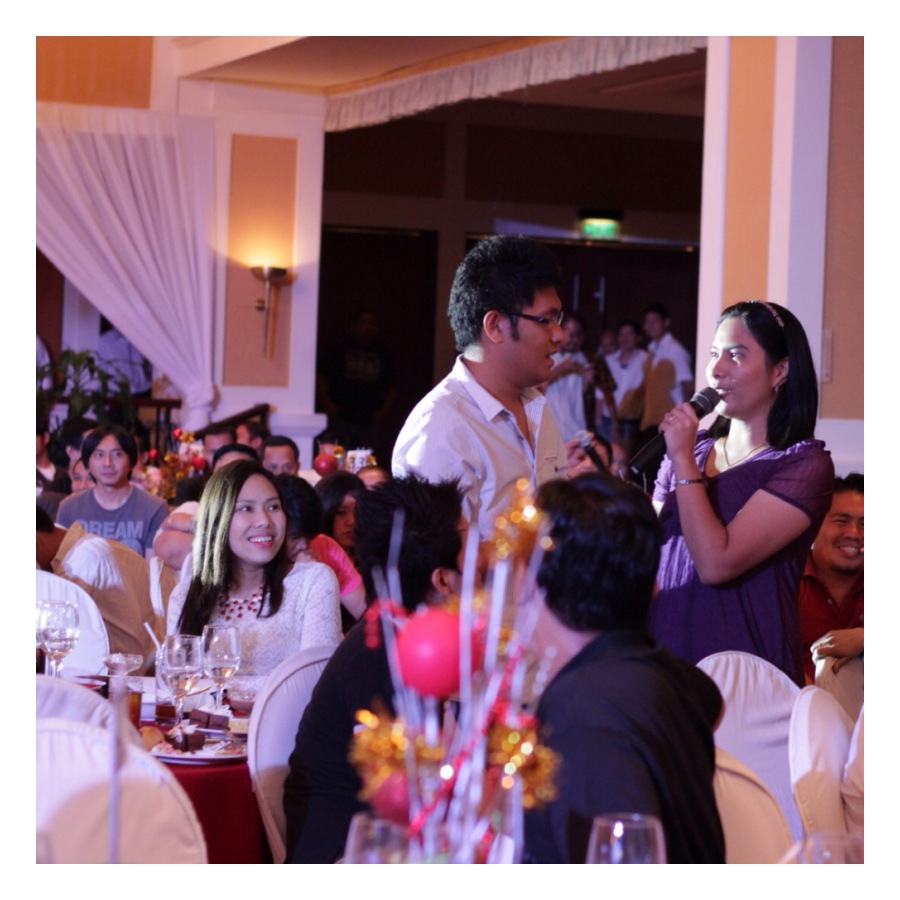 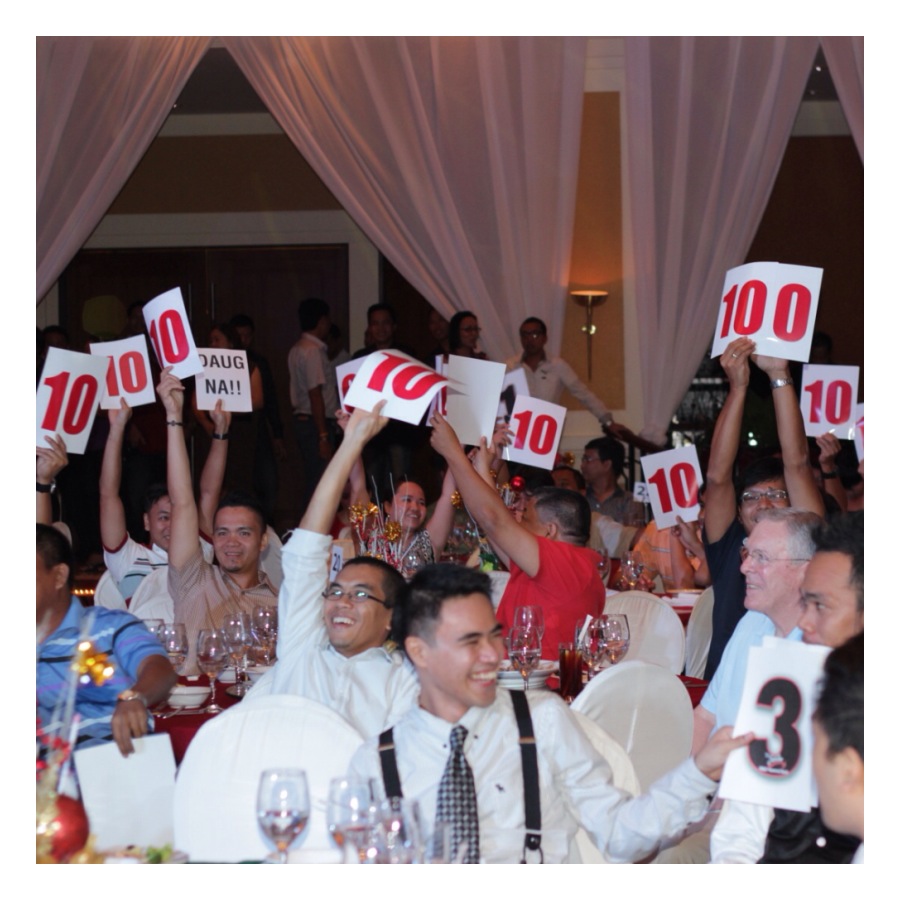 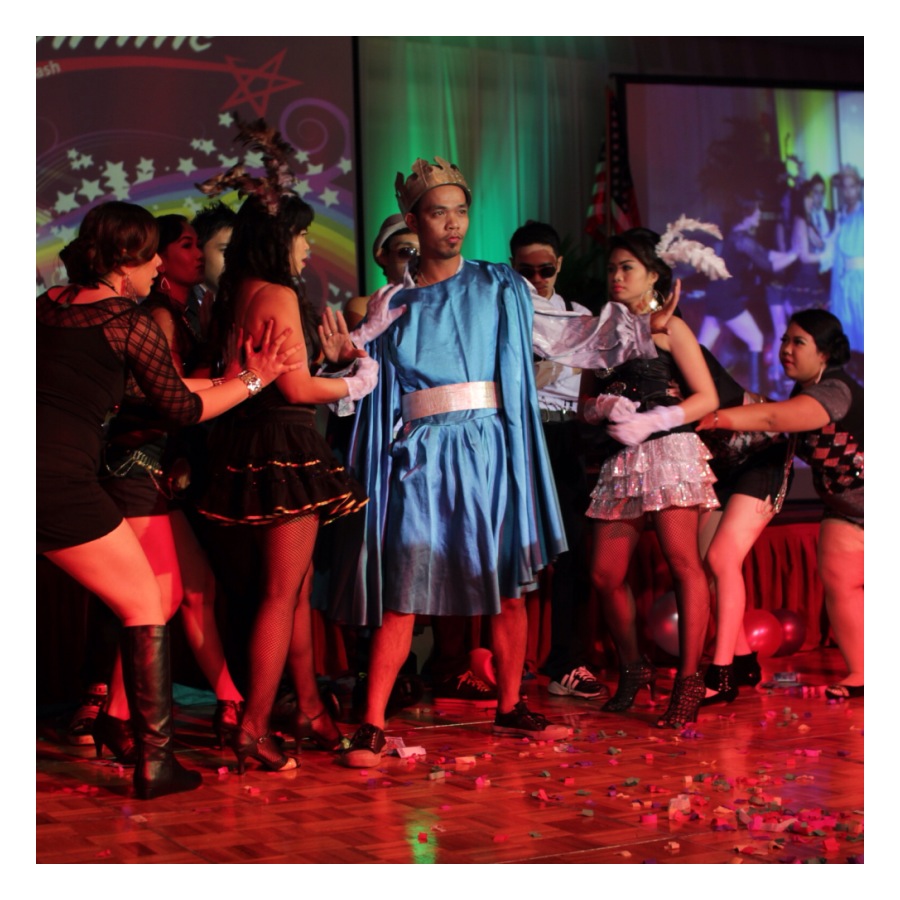 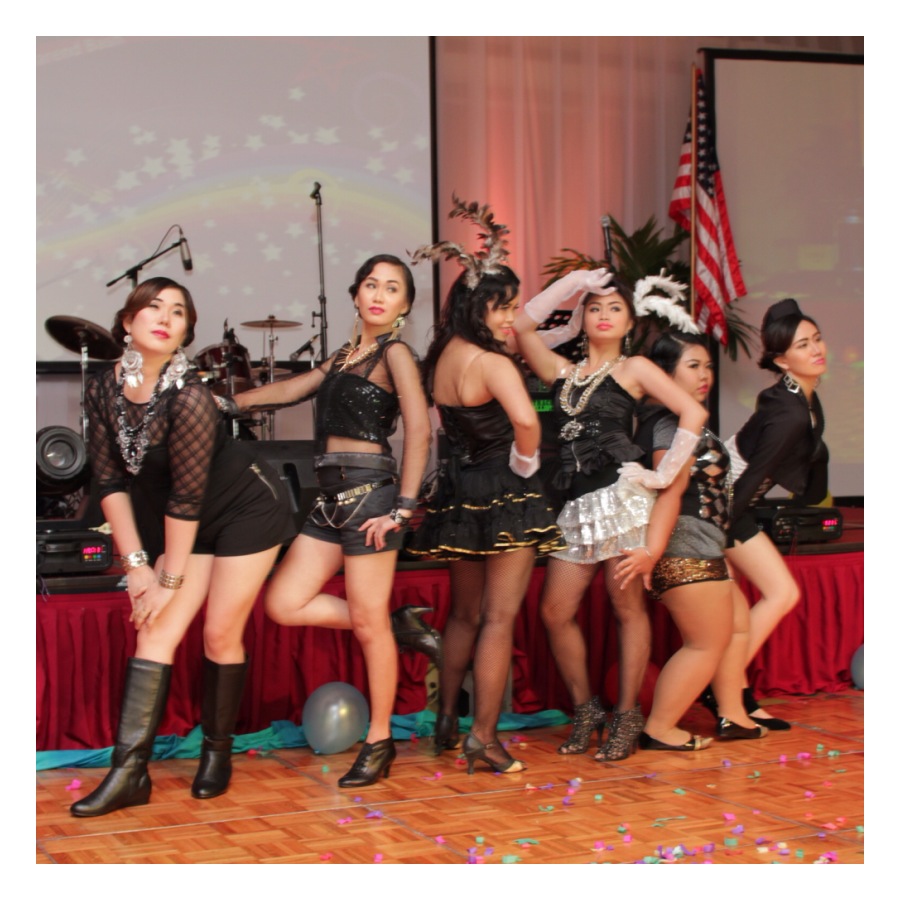 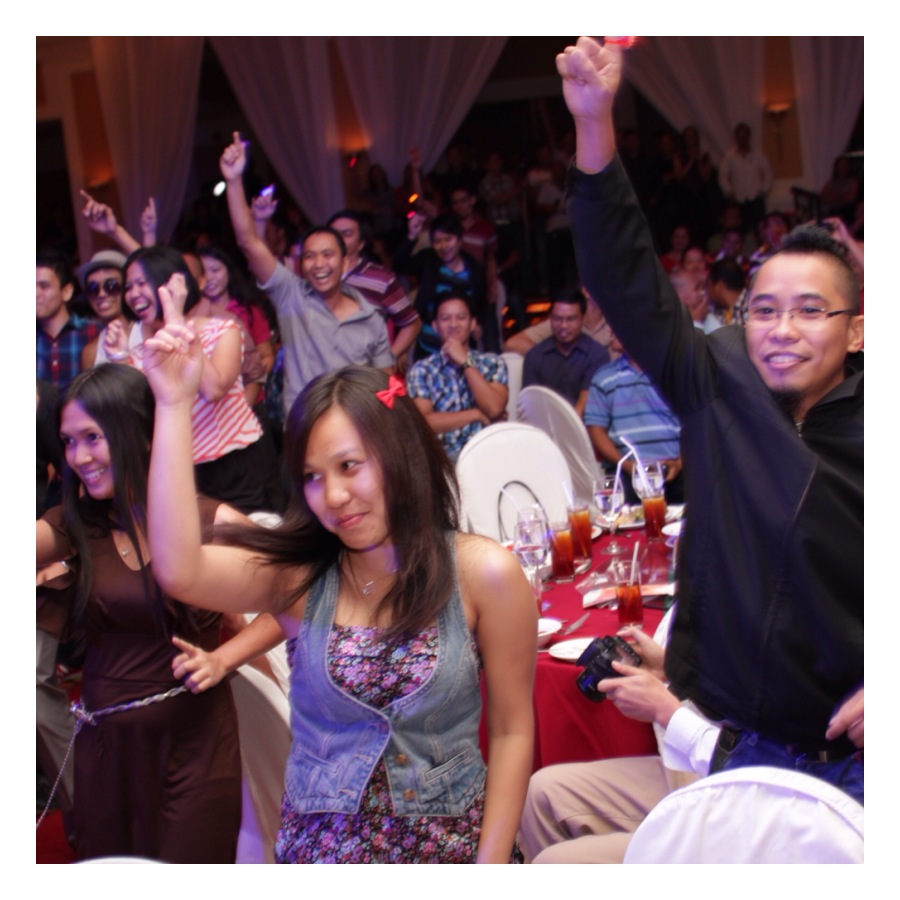 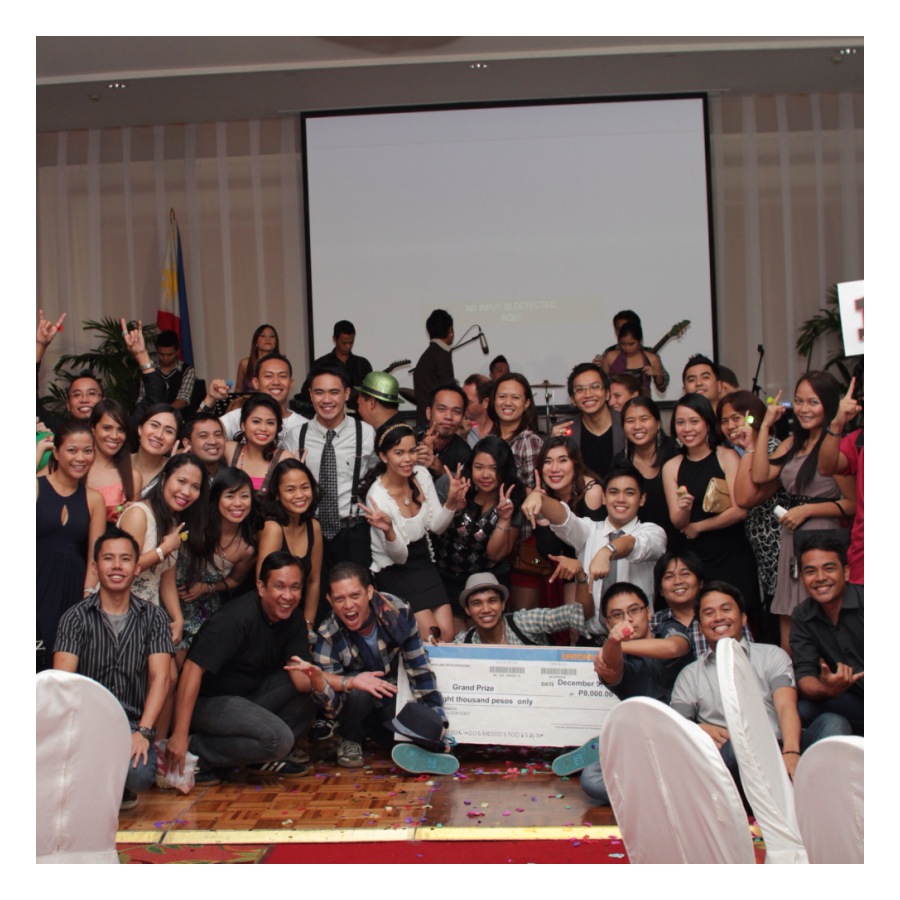 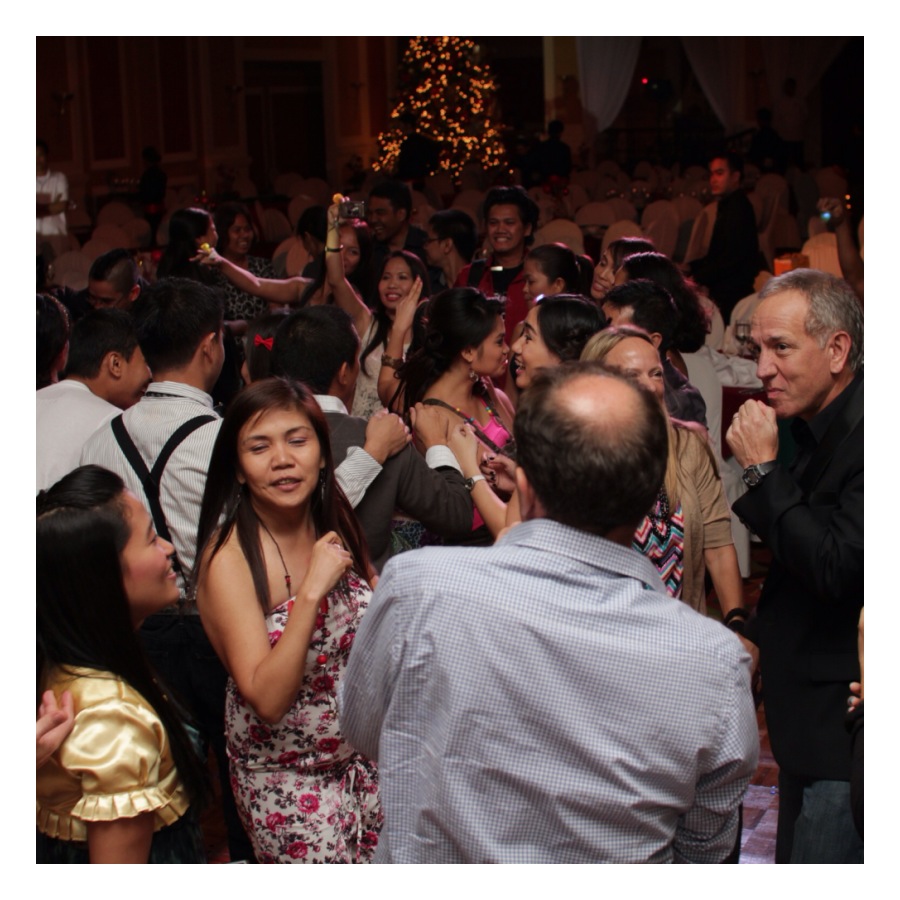 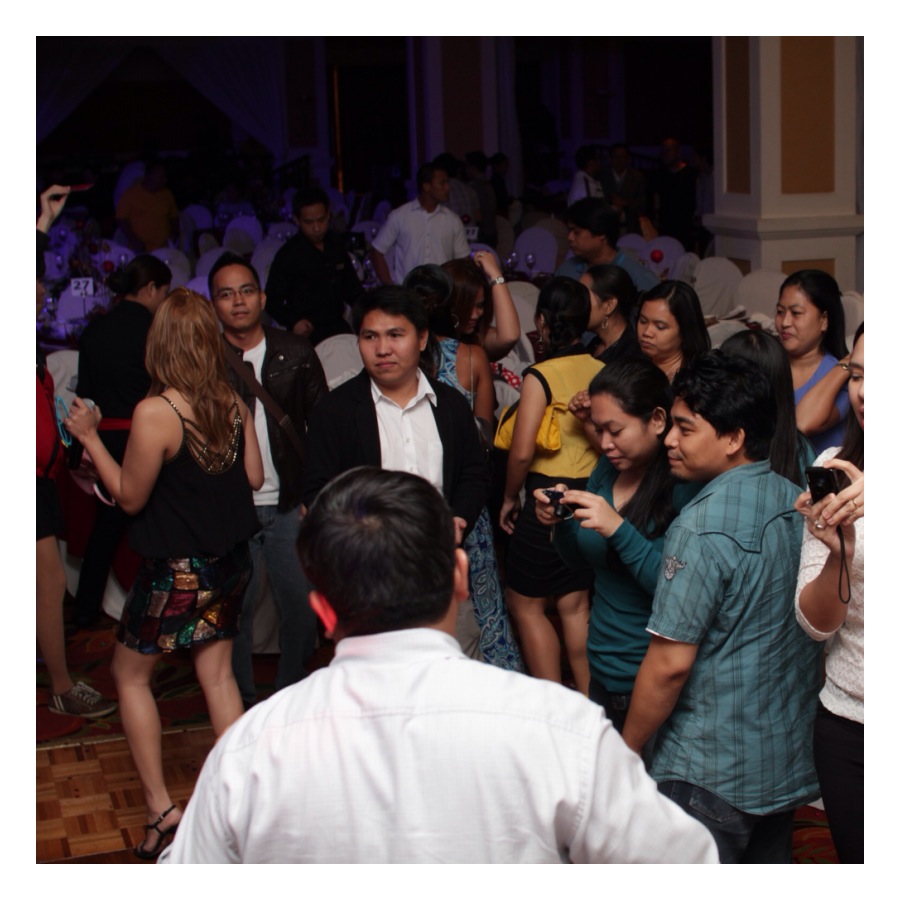 I finally have enough breathing air to write about how awesome my Sunday was. I am actually on leave from work today to do some important errands (aside from blogging, of course hehe *wink wink*). Yesterday was our company's year-end party at the Grand Ballroom of Marco Polo Hotel. This year's theme was like no other! It was not glamour-filled with women wearing long gown and men on coat and tie. It was, however, filled with fun and a lot of dancing. It didn't matter what you wear. We came as we were. How cool is that?! And yes, that could only happen with It's Showtime party theme. For me, it was the best theme that all engineers truly enjoyed.

Showtime is the country's top noontime variety entertainment show that thrives on the hosts' spontaneity and animated conversations. Yes, 11 hosts. That's a lot. It is a challenge to blend them together but they did it successfully. Each one has their moments to shine. It asks engagement and participation from the audience starting with a community dance. As group talent show starts, the audience grades each presentation by raising their score cards. Sounds fun? It definitely is!

I was kind of hesitant because I am usually shy but went with it for the fun of the show anyway, as I was chosen to play the gorgeous, sexy, the woman who made red lips so popular in the Philippines... Ann Curtis. Such a huge shoe to fill. I am glad I said yes though. I had so much fun on stage. Plus, I got an excuse to wear sequence-filled skirt that I couldn't dare wear in an ordinary day. Hehehe ^_^

The show opened with an unusual and very creative welcoming address given by the CEO. Guess what it is? He sang to the tune of Queen's We Will Rock You with modified tailor-fit-to-the-audience lyrics. The coolest CEO ever! The managers rendered a Gangnam Dance number that was supposed to be the community dance. I guess the crowd was still shy or they were also probably starstruck by their own managers dancing on stage. I love the energy that the crowd brought as the hosts were introduced. SMTs were dancing like there's no tomorrow on stage. We love it!

I, of course, did the madlang people chant that was made famous by the personality that I play. See Ann's youtube sample here. I am very happy I didn't choke when I chanted, "Tok tok tok.. meow meow! It's showtime!" It took so much of my guts to do that infront of more than 500 officemates. I was happy they were all participative when I asked them to stand up and follow me. I was high. Haha See pictures of me and the crowd posted in this blog.

Contests include The Best Pick-up Line and Face Dance. In Face Dance, a contestant lets his face dance to the tune of the music. When the music stops, he holds his facial expression as a photo of him is taken and flashed on screen. I guarantee you, it was super funny! LOL The individual whose final face pose has the most cheer from the crowd wins. Check out a sample from Vice Ganda here:

A series of wonderful and entertaining presentations followed after. Our firmware team's representatives of 10 dancers presented first. Everyone was caught surprised as the rest of the firmware team members stood up and danced in synchronized steps at the middle of the music. We were wearing our glittering rubber rings that added color to the night. Of course, who can beat that? The firmware group, again, reigned champion this year. Yehey!! :)

Prizes and surprises filled the whole night. Among the raffle prizes, I wished to have the iPad 3. I didn't get it. LOL Nevertheless, the evening was great. It ended with a lot of dancing with the band.

Although none of us is a professional host or has any experience in the entertainment industry, all of the hosts brought with them their Showtime! :)